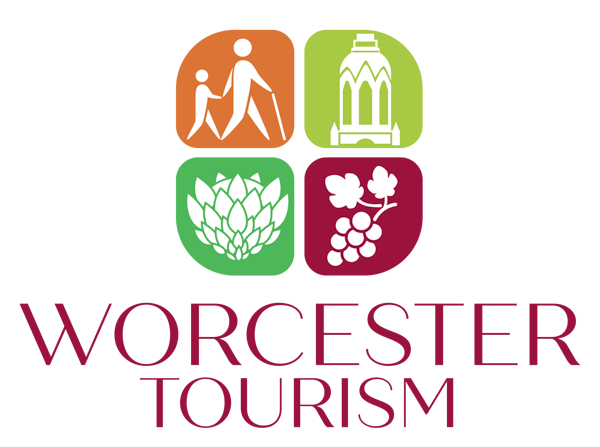 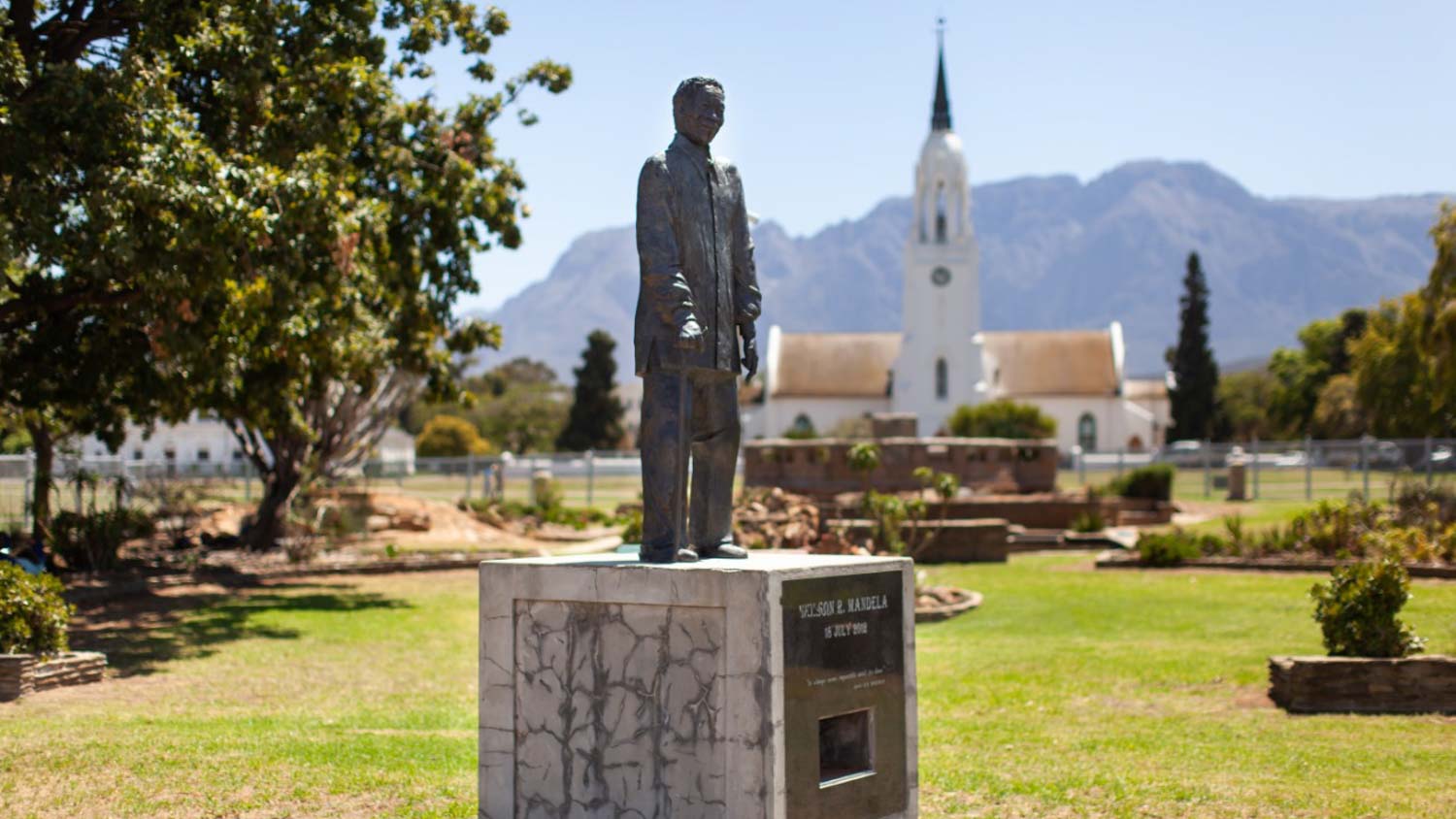 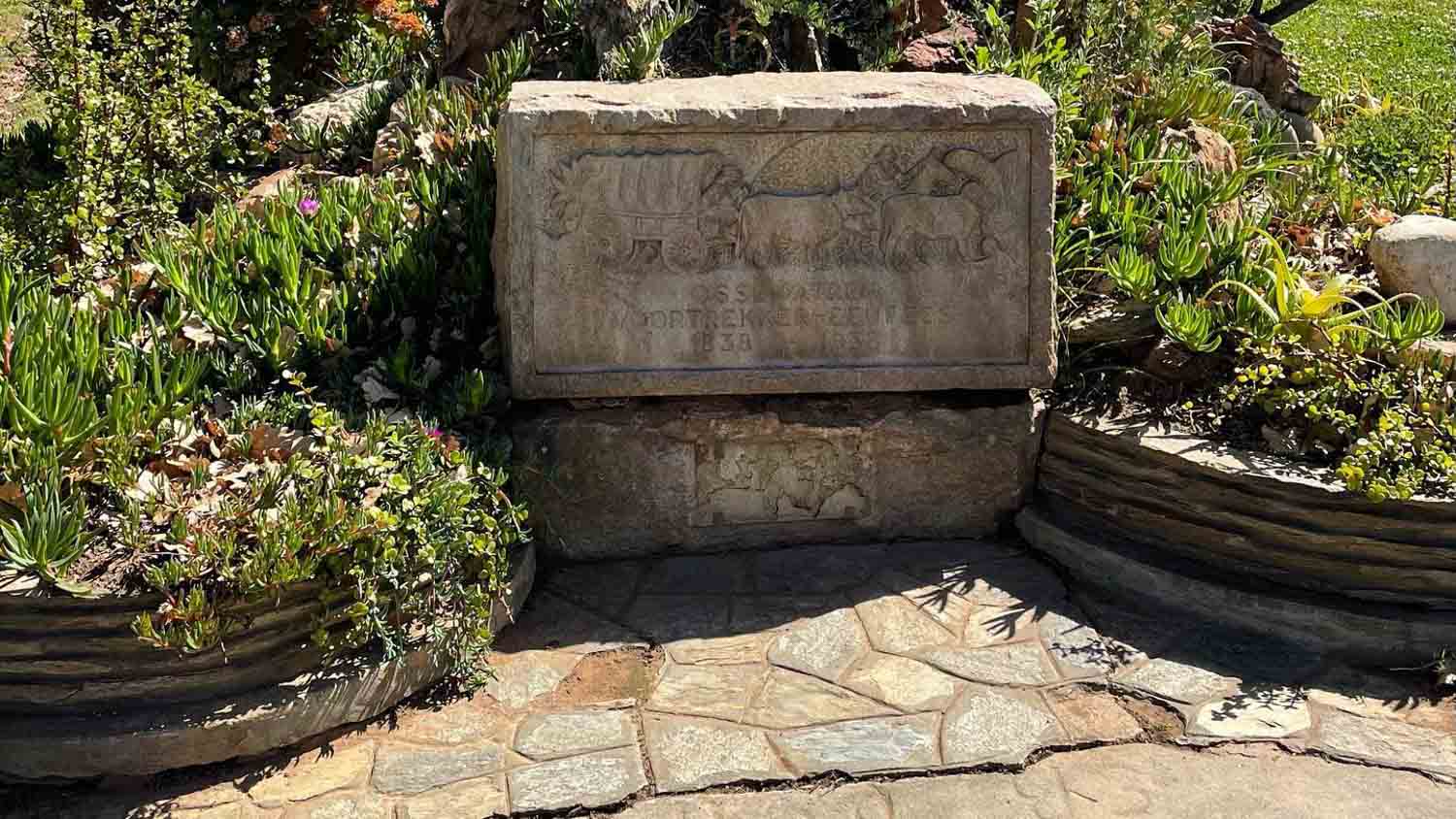 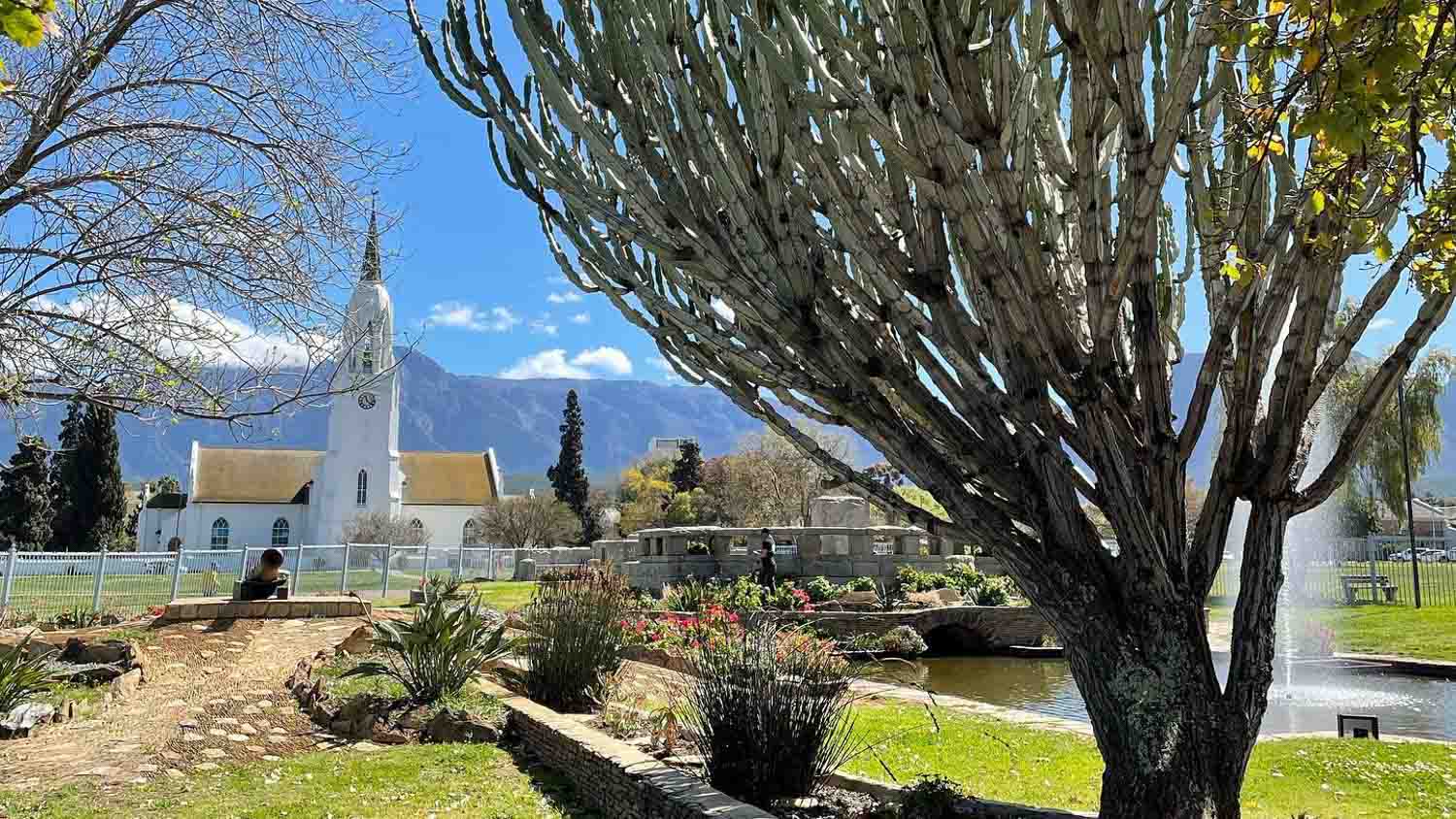 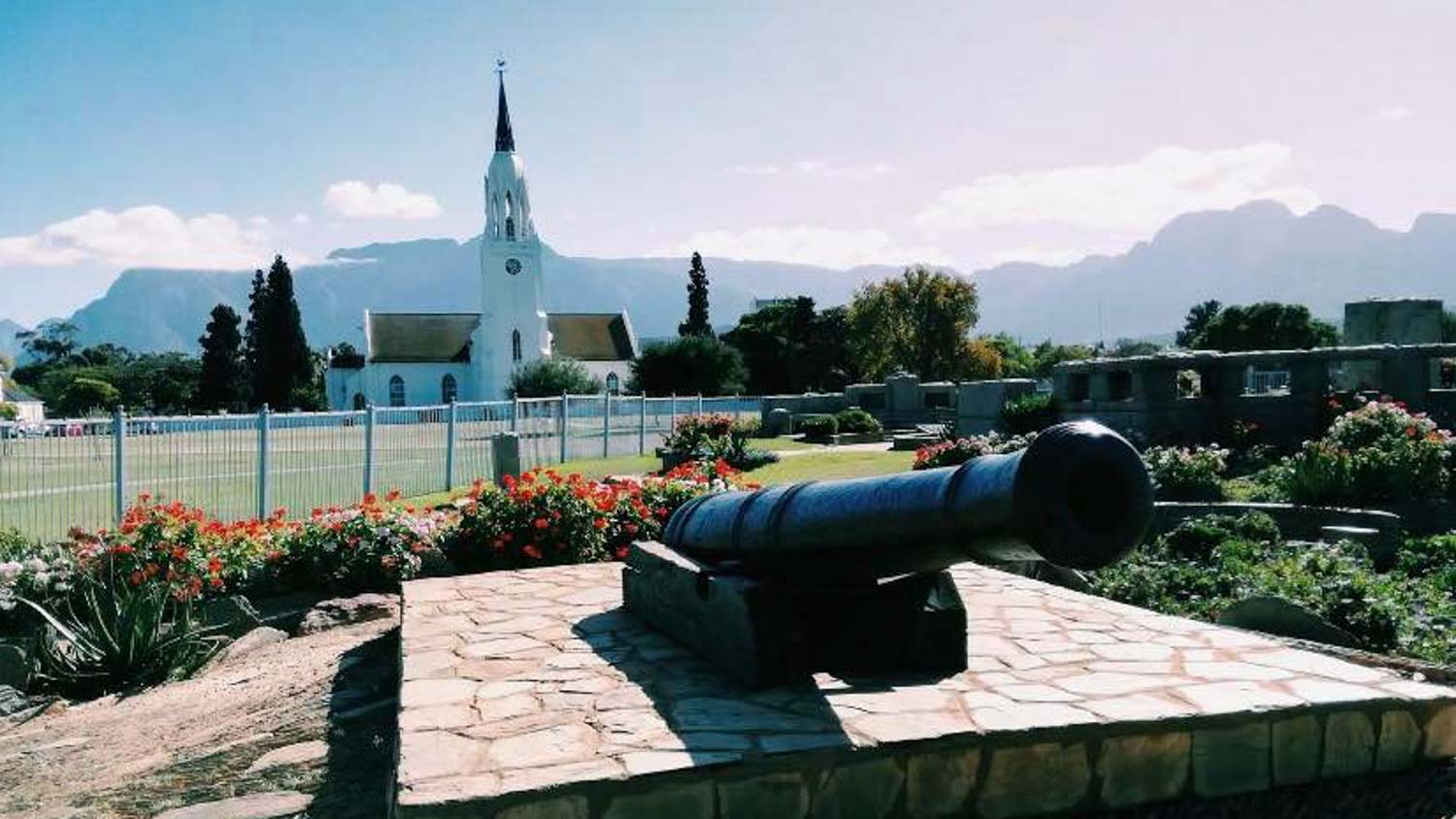 In 1887 the first monument was erected to celebrate the 50th anniversary of Queen Victoria’s coronation. On this occasion the cannon inadvertently aimed at the city hall, fired 21 shots!!

The cannon dates back from the years before 1740 when it was used to warn farmers of a possible attack by the Khoi. It was situated in the Goudini Mountains. Later it was moved to a koppie near Worcester to announce the arrival of governors. When it was moved to the square it was usually used for celebrations. During the Anglo Boer War it was fired once again from Station Hill to warn of the approach of Boer commandos.

In 1919 Hugo Naude, born on the farm Aan de Doorns on the Villiersdorp road, and the first South African to study art in a foreign country, was asked to design a garden of remembrance to commemorate the founding of Worcester, and also the soldiers fallen during WW1. His wish was that all future memorable events had to be represented there. He created a lily pond and a fish pond, built low walls in local slate and planted indigenous flowers over them. He surrounded the square with trees. Unfortunately, even in those days the vandalism that some people seem to suffer from forced him to request a fence to be erected around this beauty spot. A permanent caretaker and night-time lighting provided further security.

Other memorial events represented in the garden are the arrival of the French Huguenots, the arrival of Jan van Riebeeck in 1652, the great trek of 1838, the fallen of WW2, the 50 years of the Union (designed by Jean Welz) the 150th year since the founding of Worcester and the simple monument to the honour of the three victims of the bomb explosion at Shoprite on 24 December 1996.